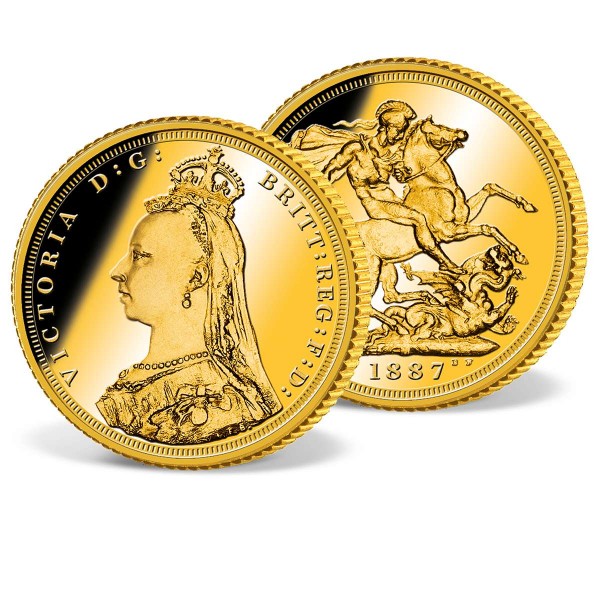 Steeped in tradition gold sovereigns are highly prized and collected throughout the world. For almost the last two hundred years, their design has remained relatively unchanged - the obverse featuring the portrait of the monarch; the reverse detailing Benedetto Pistrucci's classic image of St. George and the dragon.

Queen Victoria reigned over Great Britain and Ireland from 1837to 1901. As one of our longest reigning monarchs, three distinct portraits were struck onto sovereigns at various stages of her 64-year reign: the young portrait (1838-1887), the portrait commemorating her Golden Jubilee (1887-1893) and the widow's veil portrait (1893-1901).

This gold coin symbolises a unique period in our history, in which the UK experienced unparalleled economic prosperity and the British Empire reached the height of its power and covered more than one fifth of the world.The Queen Victoria gold sovereign was minted in 22 carat gold between 1887 and 1983 to honour her Golden Jubilee. Sovereigns dating back to the previous century are becoming increasingly sought after by coin collectors today, so order today to secure a real gold treasure.