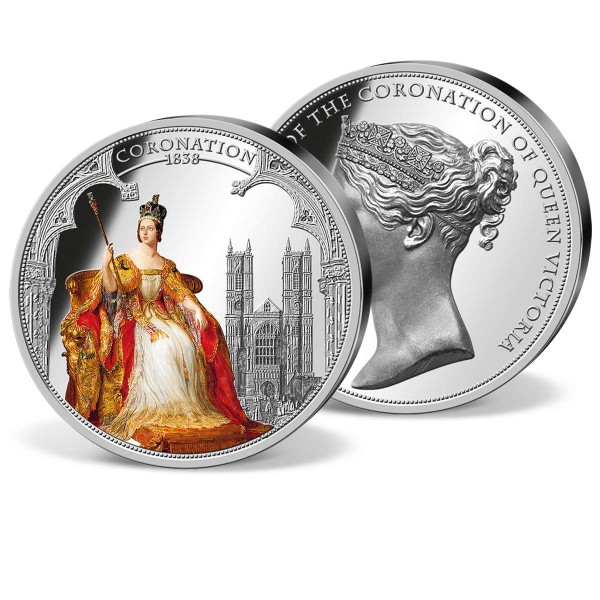 Your exclusive advantages:
Amount due: £78.00

Description Benefits of our Collector Service
Description
It was over 180 years ago on June 28, 1838, that Queen Victoria, aged just&nbsp19, was crowned... more
Close menu
'Queen Victoria Coronation' Supersize Commemorative Strike

It was over 180 years ago on June 28, 1838, that Queen Victoria, aged just&nbsp19, was crowned at Westminster Abbey. Little would the young Queen have known that on that day she was embarking on the longest reign of any monarch in our history. Her sovereignty lasting 64&nbspyears saw the British Empire double in size, covering more than one fifth of the world and one third of the world's population. Queen Victoria is regarded as one of the most powerful women in British history, the legacy of her reign, the Victorian era, bore witness to profound economic, social and political change.

Reproduced from the original image in the archives of the Royal Collection, this silver-plated commemorative depicts the Official Coronation Portrait of Queen Victoria. The 19&nbspyear-old Queen commissioned the portrait from the artist Sir George Hayter. Hayterhad previously impressed the young Princess with his skill as a portraitist and had even helped her with her first attemptsat painting.