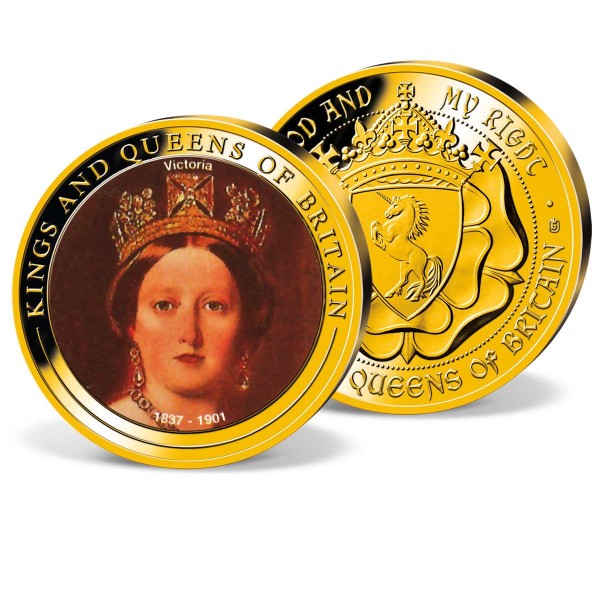 Queen Victoria was one of the most remarkable and longest reigning monarchs of Great Britain. Crowned in 1837, aged just 18, at a time when the monarchy's popularity was at an all-time low, her 64-year reign - known as the Victorian age - bore witness to remarkable social, political and economic changes.

Queen Victoria, fifth in line to the throne, was born 'Alexandrina Victoria' onthe 24th of May 1819 at Kensington Palace in London. She was the only child of Prince Edward, Duke of Kent and Strathearn and his wife, Princess Maria Louisa Victoria of Saxe Coburg and Gotha. The little Victoria was called 'Drina' by the family, and was named Victoria later.

After the death of her uncle William IV, Victoria ascended the throne on the 20th of June 1837 at the age of 18. The five hour coronation ceremony took place a year later at Westminster Abbey. For the first time, the members of the House of Commons also took part in the ceremony - a sign of the increasingdemocratisation of the country.

In 1836 Victoria had already made the acquaintance of her cousin, the German Prince Albert of Saxe-Coburg and Gotha, and had fallen in love with him. In 1839they got engaged and they wed on the 10th of February 1840. Victoria and Albert had nine children, all of whom were married advantageously, thereby establishing connections between the English RoyalFamily and almost all of Europe's aristocracy. Albert's early death, however, was a trauma that she never quite overcame.

During the 64&nbspyears of her reign, Queen Victoria shaped world politics. As a constitutional monarch she was the de facto ruler of more than one fifth of the earth, and of one third of the world's population. During her reign Great Britain enjoyed an economic boom and the British Empire was at the peak of its power.

Victoria died on the 22nd of January 1901 in the family's summer home, Osborne House on the Isle of Wight, in the arms of her favourite grandson, the German Emperor Wilhelm II. The time of her reign, - the 'Victorian Era', went down in history as the most successful era of the British Empire.

The 24-carat gold-plated 'Queen Victoria' commemorative strike is highly sought-after by collectors worldwide as a magnificent testament to a golden age in our history, the Victorian Era, which started over 180&nbspyears ago with Victoria ascending the throne.