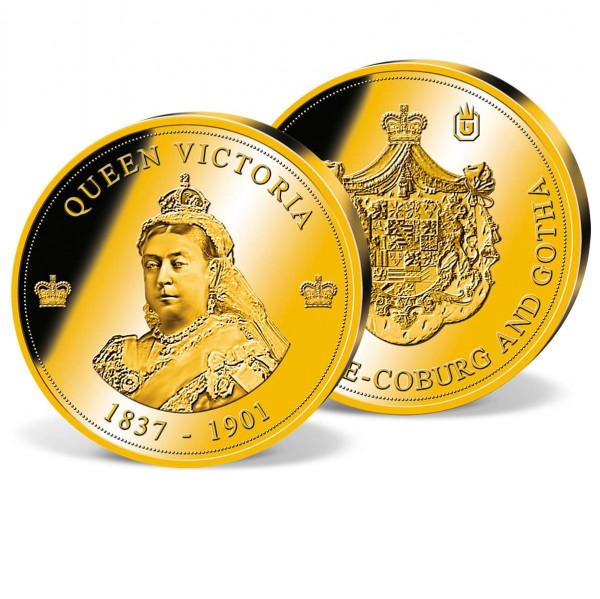 This product is currently not available.
Please inform me as soon as the product is available again.
Amount due: £179.95

It was almost 180 years ago on June 28, 1838 that Queen Victoria, aged just 19, was crowned at Westminster Abbey. Little would the young queen have known that on that day she was embarking on oneof the most successful reigns of any monarch in our history. Her sovereignty lasting 64 years, a time span only overtaken by Queen Elizabeth II last September, saw the British Empire double in size,covering more than one fifth of the world and one third of the world's population.

Queen Victoria was born 'Alexandrina Victoria' on the 24th of May 1819 at Kensington as Palace in Londonas the only child of Prince Edward, Duke of Kent and Strathearn. Victoria ascended the throne on the 20th of June 1837 at the age of 18. In 1836 Victoria had already made the acquaintance of her cousin, the German Prince Albert of Saxe-Coburg and Gotha, and had fallen in love with him. In 1839 they got engaged and they wed on the 10th of February 1840. Victoria and Albert had nine children.During her reign Great Britain enjoyed an economic boom and the British Empire was at the peak of its power. Victoria died on the 22nd of January 1901 and an entire era was named after her - the 'Victorian Era'.

Participate in a special promotion honouring Queen Victoria, one of the greatest monarchs in British history. We are extremely proud to present to you today a very sought-after collector's piece: the 'Queen Victoria' commemorative gold strike.