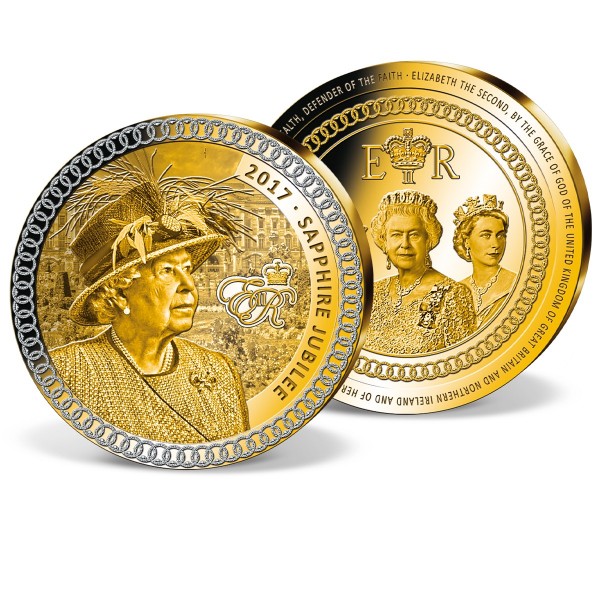 Queen Elizabeth II is now not only the longest ever reigning monarch in British history, but also the world's oldest and longest-reigning living monarch.

Her Majesty is the first ever British monarch to celebrate a Sapphire Jubilee, and she has now reigned for 67 successful years since her accession to the throne. On 6th February 1952, King George VI died, and his daughter, PrincessElizabeth, acceded to the throne. She received the news of her accession whilst on a Commonwealth tour in a remote part of Kenya. Suddenly she was no longer Princess Elizabeth, but was now Queen of the United Kingdom and the Commonwealth. Her coronation took place on 2nd June 1953, in Westminster Abbey, London. The Archbishop of Canterbury placed the St Edward's Crown on the new Sovereign's head.

67 years on, the whole world admires the Queen's unwavering dedication to her country and people. She has successfully led the House of Windsor through difficult times and secured their reign for the next three generations to come.

To honour this majestic milestone an extraordinary masterpiece was created: the strictly limited 'Queen Elizabeth II - Sapphire Jubilee' supersize commemorative strike, honouring 65 years of the Queen's reign. This special collector's commemorative strike has a diameter of 70 mm and is layered with 24-carat gold. Minted in highest quality 'PROOF', this exquisite commemorative strike is strictly limited to just 9,999 complete collections worldwide and celebrates Her Majesty's long and successful reign of now over 65 years. Queen Elizabeth II is the first ever monarch to celebrate a Sapphire Jubilee.