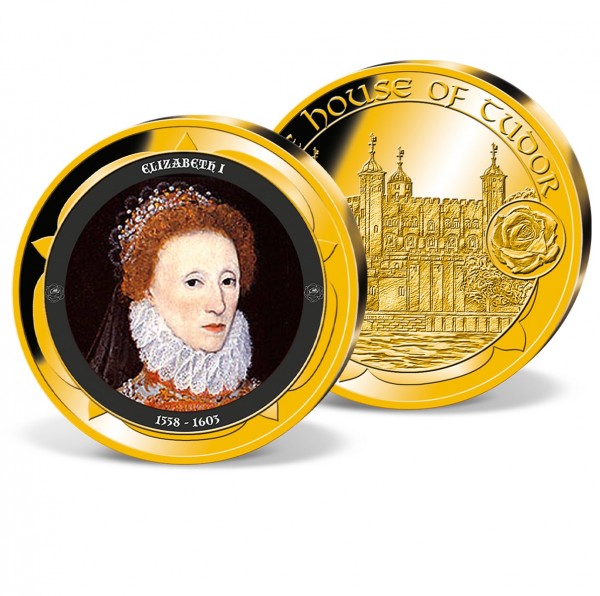 The 'Virgin Queen' or 'Good Queen Bess', Elizabeth I was the last monarch of the Tudor dynasty. She was born on 7th September 1533, in Greenwich Palace, the daughter of Henry VIII and his second wife, Anne Boleyn. When Elizabeth was two years old, Henry had Anne executed for adultery and Elizabeth was declared illegitimate. Elizabeth's early life was full of uncertainty, and although she was born a princess, her chances of succeeding to the throne seemed very slight. Both her half-brother and half-sister preceded her in line to the throne. So when Henry VIII died in 1547, Elizabeth's nine-year-old half-brother became King Edward VI. Shortly after Edward's death in 1553, Elizabeth's older half-sister, Mary Tudor, became queen. When Mary I died in November 1558, Elizabeth ascended to the throne, at the age of 25, to become the new queen of England.

Queen Elizabeth I was one of England's most successful monarchs. Her 44-year reign is known as the Elizabethan era and is remembered as a Golden Age in English history. During Elizabeth's reign, England became a major power in the world. England advanced in exploration and foreign trade, with many voyages of discovery, including those of Sir Francis Drake and Sir Walter Raleigh. English literature flourished, with splendid writers like William Shakespeare, Christopher Marlowe and Sir Philip Sidney. Elizabeth became known as the 'Virgin Queen' due to her refusal to marry, insisting instead that she was married to her country. Elizabeth I was an extremely popular monarch, when she died on 24th March 1603, the mourning that followed her death was unprecedented. With no direct heir, James VI of Scotland, the son of her former rival Mary, Queen of Scots, became King James I of England, and the Tudor dynasty came to an end.