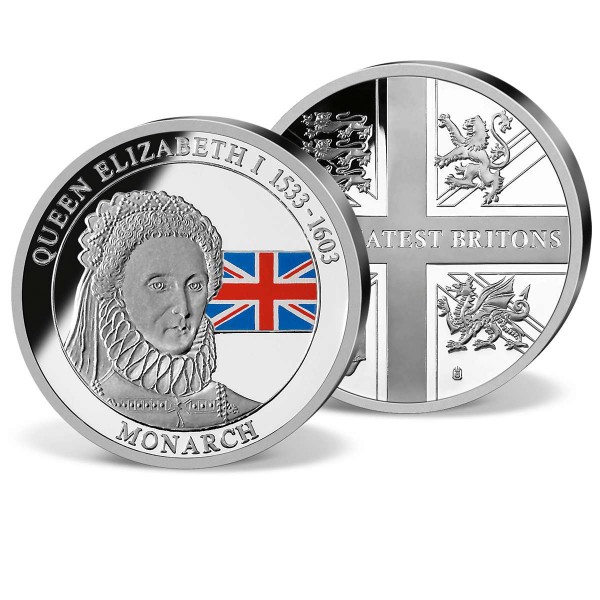 Elizabeth I (7 September 1533 - 24 March 1603) was Queen of England from 17 November 1558 until her death. Sometimes called The Virgin Queen or Good Queen Bess, Elizabeth was the last monarch of the Tudor dynasty, daughter of Henry VIII and his second wife Anne Boleyn. Though Elizabeth was cautious in foreign affairs and only half-heartedly supported a number of ineffective, poorly resourced military campaigns, the defeat of the Spanish armada in 1588 associated her name forever with what is popularly viewed as one of the greatest victories in English history.

Queen Elizabeth I was one of the greatest queens in history. Her forty-four year reign heralded one of the most successful periods in English history and an entire epoch was named after her - the Elizabethan Age.

This exclusive commemorative is struck in highest quality 'proof' and plated in pure silver (999/1,000) with a beautiful colour detailing.