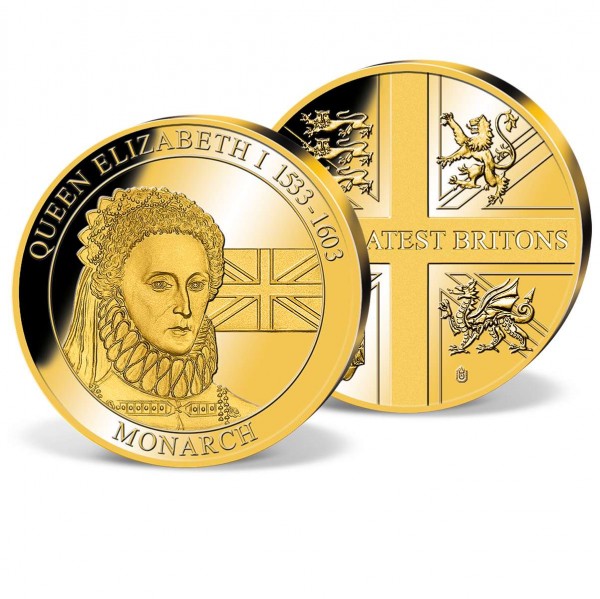 Description
Description
Elizabeth I - also known as 'The Virgin Queen' as she never married or had any children, was the... more
Close menu
'Queen Elizabeth I' Commemorative Gold Strike

Elizabeth I - also known as 'The Virgin Queen' as she never married or had any children, was the final monarch of the Tudor dynasty. Her reign is heralded as a 'Golden Age' in English history. So much so that an entire epoch is named after her - the Elizabethan Era - a time of extravagance and luxury in which a flourishing popular culture was expressed through writers such as Shakespeare,and explorers like Drake and Raleigh sought to expand England's territory overseas.

Her early life was full of uncertainty, and although she was born a princess, her chances of succeeding to the throne seemed very slight. Her mother, Anne Boleyn, was executed 3 years after her birth, and Elizabeth declared illegitimate. Both her half brother and half sister preceded her in line tothe throne. Yet neither had heirs, and in 1558, aged just 25, Elizabeth became the third queen to ascend to the English throne. After the short reigns of her brother and sister, her 44 year reignprovided valuable stability for the kingdom and helped forge a sense of national identity.