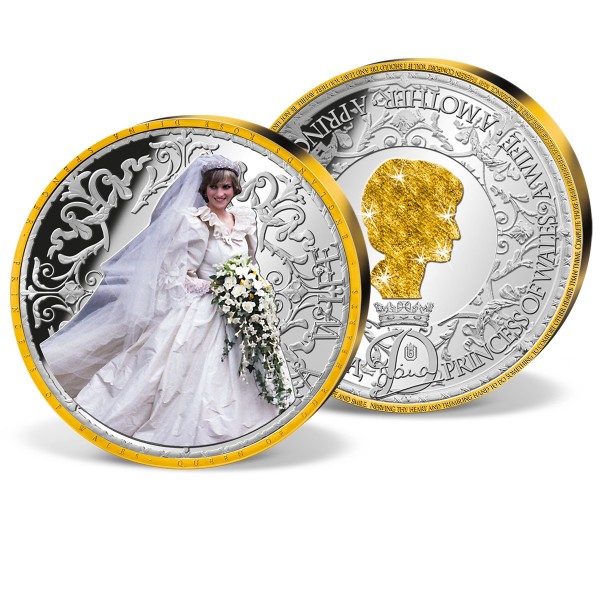 Description
Description
In 2016 it had been 20 years since the tragic and all too early death of Princess Diana. She... more
Close menu
'Princess Diana' ultra-large commemorative strike

In 2016 it had been 20 years since the tragic and all too early death of Princess Diana. She would have been so proud of her wonderful sons and grandchildren ... Born on 1 July 1961, 'Lady Di' stepped into the public limelight when she married the heir apparent of the British throne, Prince Charles on the 29th of July 1981. As his fiancée, Diana had already captured the interestof the media, and after her fairytale wedding at St Paul's Cathedral, she became the most photographed woman of the world.

Her tragic death on the 31st of August 1997, was met with shock and grief worldwide. Even today, Diana is remembered as the 'Queen of Hearts' and 'The People's Princess': due to her charitable and humanitarian work with many organisations. Her desire to docharitable work was evident during a visit in 1992 to Mother Teresa's hospice in Calcutta, India, when Diana comforted a dying woman. The experience was 'deeply spiritual' for Diana, and from then onshe supported around one hundred organisations like the Royal Marsden Hospital, the Leprosy Mission and the National Aids Foundation.