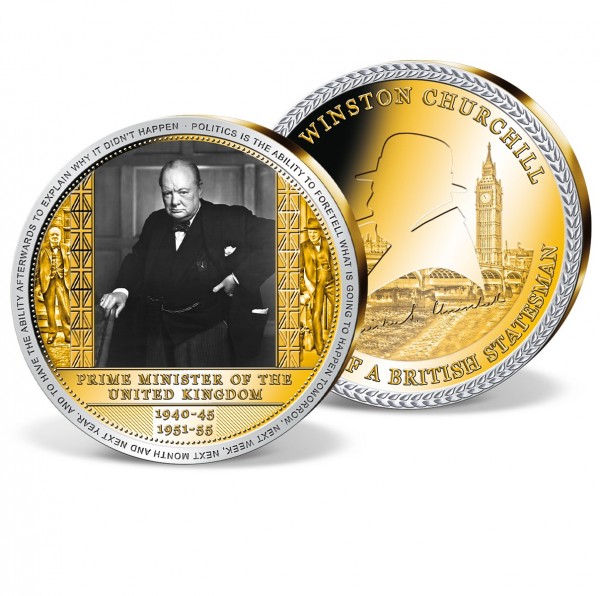 55 years ago, sad news spread across the United Kingdom: Sir Winston Churchill had passed away, the most significant statesman in modern British history. During two terms of office he led our country for almost 10 years, in particular, through the difficult time of the Second World War, which made him an undisputed national hero. Churchill was famous and admired all over the world for his diplomatic skills, his humanitarian sense and his brilliant speeches. He received many awards and medals - including the Nobel Prize in Literature.

When Churchill suffered a seriesof strokes, he tried to keep them a secret. But on 15 January 1965, he suffered another stroke, and nine days later Churchill died at the age of 90, on the same date that his father had died 70 years ago. Sir Winston Churchill's heart may have stopped beating on 24 January 1965, but his courage and persistence will live on in the hearts of the British people for all time.

This stunning strike commemorates Sir Winston Churchill, one of the most famous politicians of all time. As Prime Minister from 1940 to 1945, he led Britain to victory in WWII, and he served for a second time from 1951 to 1955, as the first of Queen Elizabeth II's Prime Ministers.