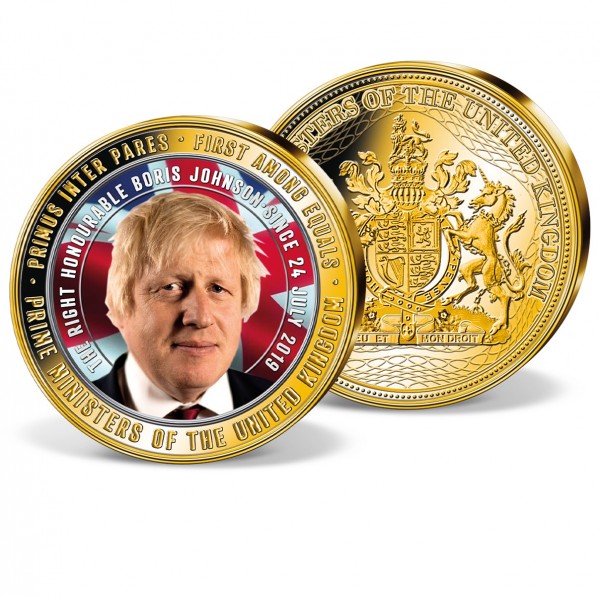 Description
Description
This exclusive commemorative strike may become one of the most sought after rarities: it... more
Close menu
'Prime Minister Boris Johnson' Commemorative Strike

This exclusive commemorative strike may become one of the most sought after rarities: it features Britain's current Prime Minister Boris Johnson, who is determined to deliver on the historic referendum of 23rd June 2016, to exit the European Union and take back control of the regulations in our country.

Our politics and our country is in turmoil - and people are divided as never before. For some, Boris Johnson runs a risky course, for others he pursues the only way to deliver on the people's vote of 2016. The previous MP for Henley for seven years until 2008, Mayor of Londonfor two terms until 2016, MP for Uxbridge and South Ruislip since 2015 and Foreign Secretary from 2016 to 2018, Boris Johnson won the overwhelming majority in his party to become Prime Minister following Theresa May's resignation, after her Withdrawal Agreement was rejected for a third time. Since then, the news is full of speculations of new deals, new elections and the unwavering stance ofBoris Johnson.

However, 'Brexit' has divided the country as never before, so Johnson deals with a difficult situation and experts agree that it is one of the most challenging tenures ever held. By the time you read this lines, new headlines will have replaced today's - but one thing is certain: Boris Johnson will go down in history as the Prime Minister of Britain's most turbulent timein modern British politics.