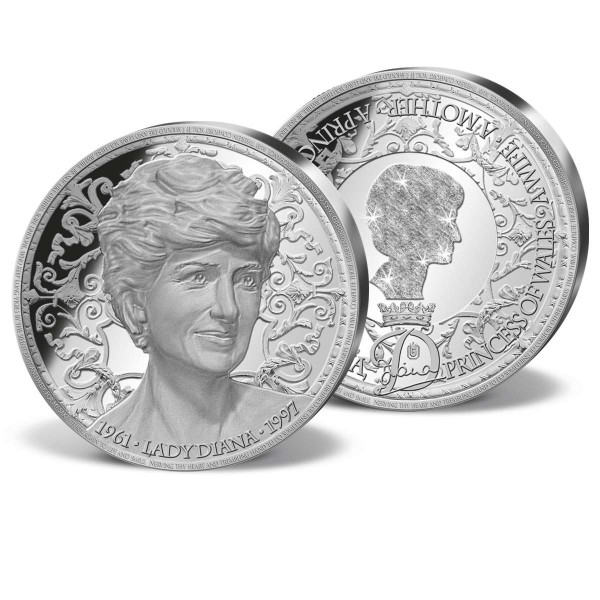 Description
Description
It is more than 20 years since that fateful day in August 1997, when Diana Princess of Wales... more
Close menu
'Portrait of a Princess' Solid Silver Commemorative Strike

It is more than 20 years since that fateful day in August 1997, when Diana Princess of Wales died tragically and prematurely. Beautiful, elegant, charismatic and compassionate, Diana embodiedall the qualities we most cherish in a princess and from the moment of her fairytale engagement she captured our hearts as England's Rose. Her beauty and charisma meant, she was one of the most photographed women of modern times, and she was seldom away from the public gaze. Dianafs extraordinary life inspired millions of women all over the world and in a poll in 2015 she has been voted the mosticonic woman of all time ] a wife, princess, mother and legend who will never be forgotten.

Windsor Mint are proud to present the 'Portrait of a Princess' silver strike, beautifully commemorating 'England's Rose'. Limited to only 500 pieces worldwide, it uses a special minting technique and immortalises, on a scale never seen before, Diana's portrait. It comes presented in an elegant frame, a perfect keepsake to forever keep duiana in our hearts.