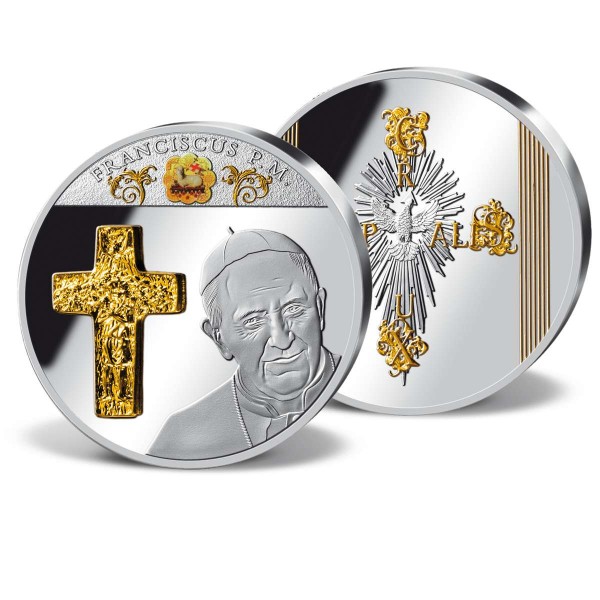 On March 13, 2013 the world witnessed a historic event as the eagerly awaited words 'Habemus Papam' were heard with joy by millions. Shortly after 8pm Cardinal Jean-Louis Tauran appeared at the basilica balcony and announced, in Latin, to the crowds gathered below and millions tuned into their TVs: 'I announce to you a great joy: We have a pope! The most eminent and most reverend lord,Lord Jorge, Cardinal of the Holy Roman Church, Bergoglio, who has taken for himself the name Francis.'

The son of Italian immigrants, Jorge Mario Bergoglio earned a master's degree in chemistry before finding his true calling and turning to religious studies at the age of 21. After joining the Society of Jesus and entering the priesthood, Father Jorge taught for most of his early career, quickly rising through the ranks of the church to become Archbishop of Buenos Aires. Dedicating himself to intellectual pursuits, missionary efforts, and ending cultural indifference, Bergoglio took a vow of poverty, rejecting the generous lifestyle afforded a cardinal of the Church. Instead, he rode the bus, lived in a simple apartment, and cooked his own meals.

When Pope Benedict&nbspXVI resigned in 2013, Bergoglio was elected the 266th&nbspPope of the Catholic Church and chose the name Francis in honor of St&nbspFrancis of Assisi, who was known for rebuilding the church andfocusing on the poor. In the time that Pope Francis has served as pontiff, he has been celebrated for his modesty and genuine affection for all - as well as his pragmatic approach to the Church's stance on today's issues - and has become immensely popular all over the world.