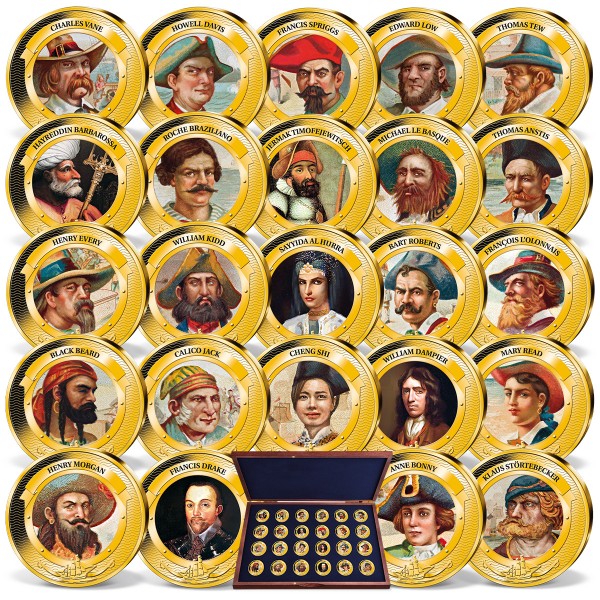 Ever since Captain Charles Johnson published his book 'A General History of the Robberies and Murders ofthe Most Notorious Pyrates' in 1724, the figure of the pirate has become legendary. For several centuries, seafarers from all continents dreaded ferocious characters like Blackbeard, Edward Low and Bart Roberts. Some pirates raided ships purely for their own gain, whilst others acted as privateers in the service of monarchs, like Sir Francis Drake who was the terror of the Spanish and the Portuguese sailors. Some pirates were celebrated as heroes - Klaus Störtebeker was known as the 'Robin Hood of the Seas' because he used to share his loot with the poor. There were also some notorious femalepirates: Ching Shih went from a floating brothel to commanding seven pirate fleets; whilst the formidable Anne Bonny would often dress as a man, and fought as a man too. However, the adventurous lifeof a pirate was a dangerous one, as many were captured and executed.

Now the most legendary pirates from world history been commemorated in anextraordinary collector's edition. Together they create a fascinating complete set of the world's most notorious pirates, buccaneers, privateers and corsairs. Each strike is a masterpiece, preciously layered with pure 24-carat gold, with exquisiteengraving and stunning colour detailing.