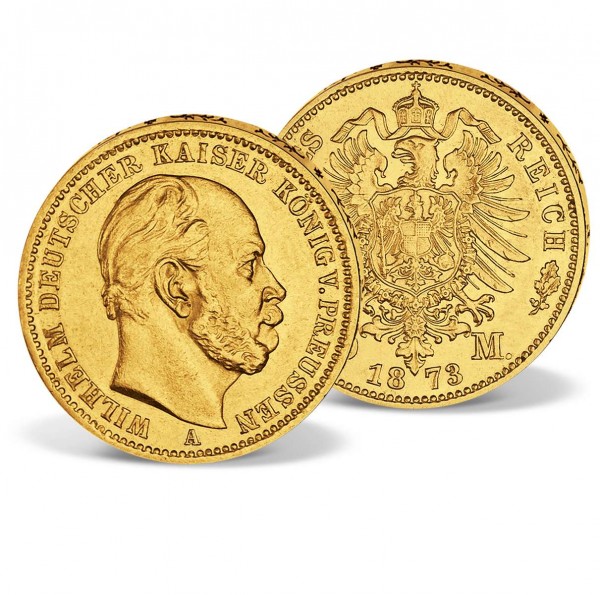 William was born Wilhelm Friedrich Ludwig on 22 March 1797, in Berlin, the second son of the future king Frederick William III and Princess Louise of Mecklenburg-Strelitz. William servedin the army and fought in 1814 and 1815 during the Wars of Liberation against Napoleon. In 1829, he married Princess Augusta of Saxe-Weimar-Eisenach.

In 1848, during the March Revolution inGermany, William defeated the revolutionists in Berlin, but his use of cannons made him unpopular and he became known as the 'Prince of Grapeshot'. On recommendation of the king, William fled to England, disguised as a merchant. He returned to take command of the Prussian army and suppressed an uprising in Baden. He was then promoted to governor-general of Rhineland and Westfalia.

When his older brother, King Frederick William IV of Prussia, suffered a stroke and became mentally disabled, William became the Prince Regent. After Frederick's death on 2 January 1861, William ascended the throne as William I, King of Prussia. It was the first Prussian coronation since 1701, and the only crowning of a German king in the 19th century.

During his reign, hesuccessfully commanded the Prussian forces in several wars and battles against Denmark, Austria and France. Just 10 years after his coronation, William I was proclaimed the first German Emperor at the Palace of Versailles. The German Empire was founded and the Taler was replaced by the Mark.

The 10 Mark gold coin, featuring the Imperial Eagle and a portrait of the German Emperor, was a perfect tribute to the first leader of a united, German Empire. After the Great War, the German Empire collapsed and the rare gold treasures from the time of William I disappeared. These10 Mark gold coins, almost 150 years old, are historical time witnesses and are sought-after all over the world.

And did you know that ...
- Prince William was not allowed to marry the love of his youth, Polish Princess Elisa Radziwill, as his father deemed her inappropriate?
- William was crowned on 18 January 1871, in the Hall of Mirrors at the Palace ofVersailles, whilst the German army besieged Paris?
- During the March Revolution of 1848, William had to flee from Berlin to England for a while, disguised as a merchant.