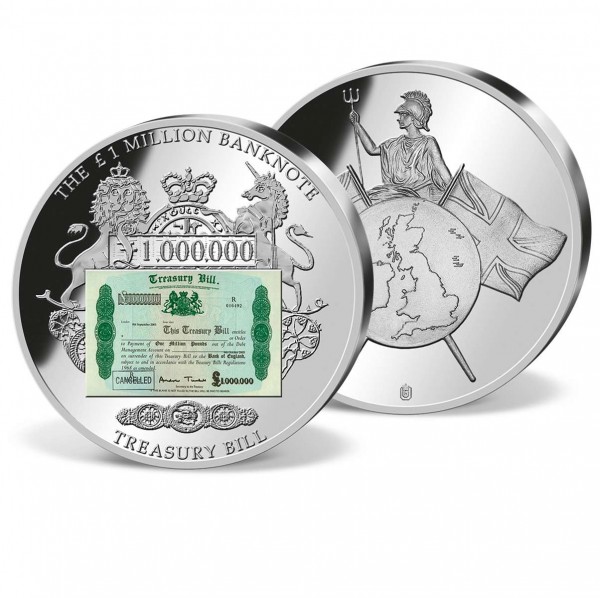 It really is true - the Bank of England does indeed issue official banknotes worth £1,000,000 and £100,000,000. These notes called 'Giants' and 'Titans' are very carefully guarded in the Bank of England's vaults. Although they are not in circulation, they do play a vital role in maintaining the British currency system, as they back the value of everyday notes issued by banks in Scotland and Northern Ireland. Seven banks have been granted permission to issue their own sterling banknotes as currency: in Scotland - the Royal Bank of Scotland, the Bank of Scotland and the Clydesdale Bank; in Northern Ireland - the Bank of Ireland, the Ulster Bank, the First Trust Bank and the Danske Bank. The banknotes issued by these Scottish and Northern Irish banks must be matched pound for pound by Bankof England notes, the equivalent value must be deposited in the Bank of England, and so these special million pound banknotes are used for this purpose.

These 'giant' banknotes inspired filmmakers to make the 1954 movie 'The Million Pound Note' (or 'Man with a Million' in America), an adaptation of the short story by Mark Twain. In 2014, a £1,000,000 banknote was sold at auction for £16,000, and although the Bank of England has declared that this giant is worthless as legal tender, to a numismatist it is an extremely rare and exciting collectable.

Secure now your own personal 'giant' by ordering this truly unique and special strike, layered with finest silver (999/1,000).