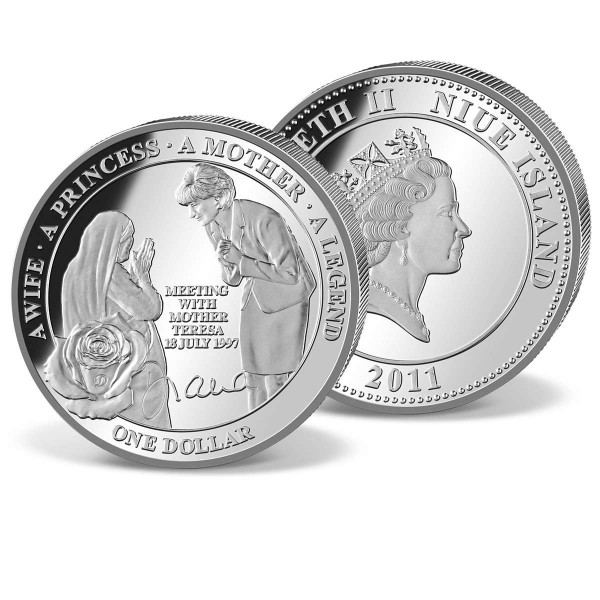 Description
Description
Two of the most iconic women of the 20th century, are depicted together on one coin. When Diana... more
Close menu
One Dollar Niue ''Diana meets Mother Teresa'

Two of the most iconic women of the 20th century, are depicted together on one coin. When Diana met the Peace Nobel Prize awarded Mother Teresa on the 18th of July 1997 she was impressed by the 86year old. This deeply spiritual event shaped her firm commitment to help the less privileged. So different in age and background yet so similar in their wish to help those who suffered, both Diana andMother Teresa admired each other immensely. Mother Teresa always said 'Diana is my daughter.' With utmost humility Diana said 'I am a very, very small Mother Teresa'. The two women lastmet in 1997 at the Missionaries of Charity House in the Bronx, they both died a few months later and within days of each other.

Windsor Mint is proud to present a stunning official coin, commemorating Diana, Queen of our hearts. Niue Islands have commemorated this moment with the issue of a stunning official coin, plated in finest silver. It has been minted in the highest quality 'proof', with a worldwide limitation of just 10,000 coins. This stunning keepsake is officially sold out - a small number of coins is now available!