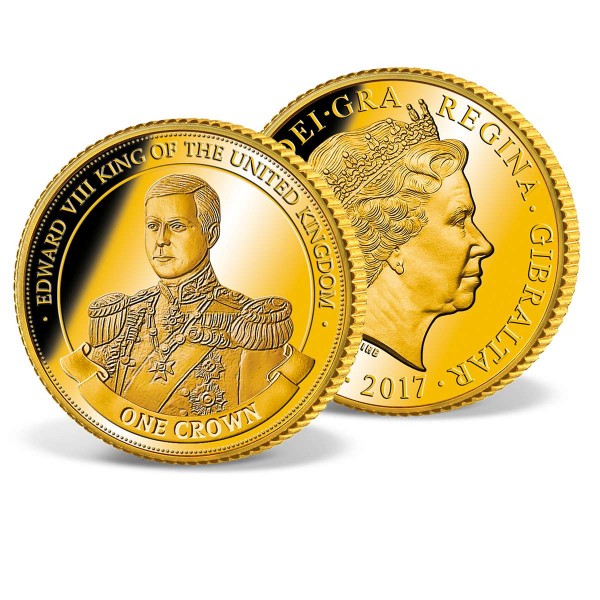 Please inform me as soon as the product is available again.
Amount due: £56.00

More than 100 years ago on 22nd June 1911 a new King was crowned at Westminster Abbey as George V: HRH Prince George Frederick Ernest Albert of Wales.

The British Empire, on which the 'sun never set' was at its peak and the coronation was one of enormous imperial pomp and circumstance. In 1917 George V proclaimed the House of Windsor - which makes this Sovereign the first ofthe House of Windsor.

HRH Prince George of Wales was born on June 3rd, 1865 as second son of Albert Edward, Prince of Wales and his Danish wife Alexandra. He died at Sandringham House on January 20th, 1936.

Introduced in 1526 as a gold coin by Henry VIII., the crown has been established in British currency until the decimalisation of 1968. But unlike other coins like shillings and halfpennies the crown came back in 1972 and has been minted since by the Royal Mint and other British territory mints in order to commemorate special events like the silver, golden and diamond jubilee of Her Majesty Queen Elizabeth II. Crowns have recorded many of the magnificent events that have shaped our history.