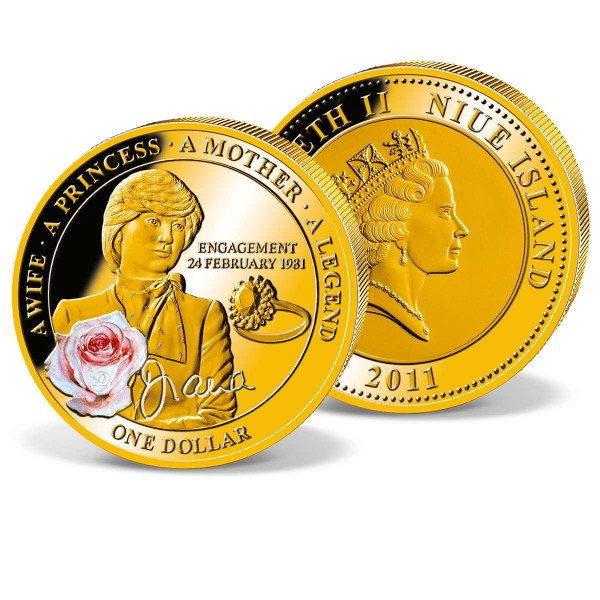 Beautiful, elegant, charismatic and compassionate Diana embodied all the qualities we most cherish in a princess. Following her fairy-tale marriage to Prince Charles over 30 years ago in 1981,she became one of the world's most beloved figures for her compassion, her grace and her generosity. 2011 marked the 50th anniversary of her birth and people across the world honoured her life and her legacy.

This coin, from the Pacific Island nation of Niue, features the effigy of Her Majesty Queen Elizabeth II on the obverse and is one of the last issues we have found specifically released to commemorate the 50th anniversary of Diana's birth. Plated in finest gold (999/1,000), with colour accenting the masterfully engraved portrait on the reverse shows Diana as a young princessand is one of the most charming portrayals we have ever seen of Diana on a coin.

This is the last chance for you to acquire this coin and to add a piece of numismatic history to your collection. Please do not delay if you are interested!