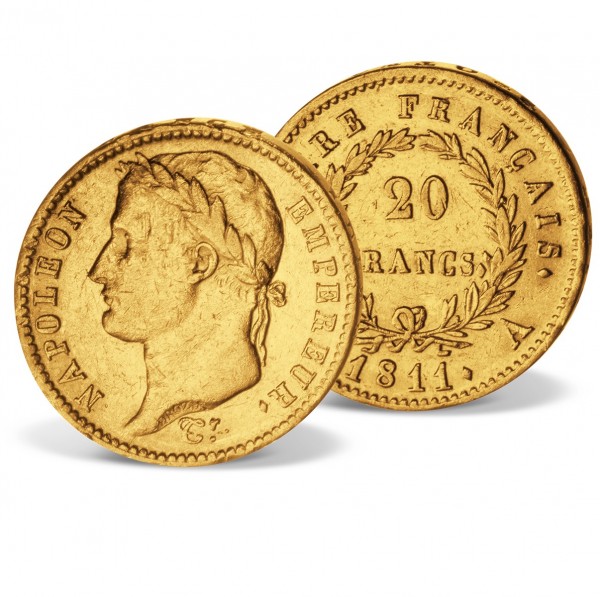 250 years ago, Napoleon Bonaparte was born on 15 August 1769 in Corsica. With his military skills and popularity amongst the people, he was named First Consul of the French Republic, andin 1804 he became the first Emperor of the French, and created an empire that stretched across almost all of Europe. His reforms, laws and military successes made France a 'Grande Nation' and his warmethods are still studied today.

The Napoleon I 20 Francs gold coin was issued during Napoleon's rule in France, and features a laureate bust of the emperor on the obverse. Over 200 years later, these historical gold coins are sought-after by investors and coin collectors all over the world. Only few of these original historical gold coins, minted in Paris over 200 years ago as official currency in solid gold, are available in extremely fine quality.