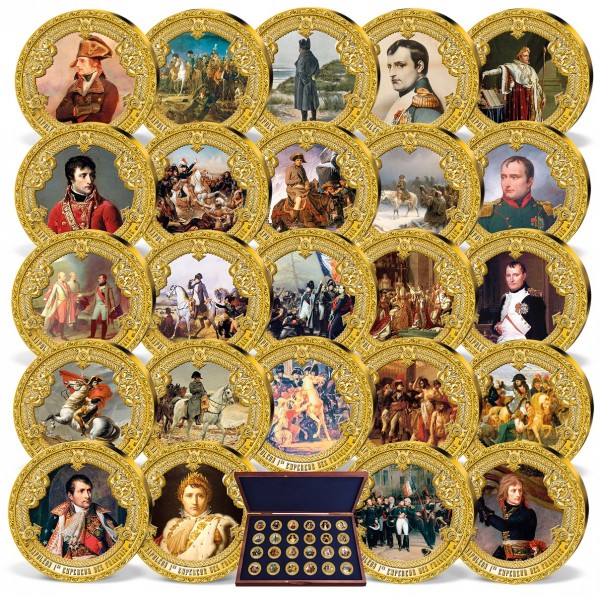 Description
Description
He was one of the most powerful men in world history - and considered by many to be the most... more
Close menu
'Napoléon Bonaparte' Complete Set

He was one of the most powerful men in world history - and considered by many to be the most skillful general of all time: Napoleon Bonaparte!

He was born on 15 August 1769, in Corsica, and as a young man, he embarked on a journey to conquer Europe. As a military genius he succeeded in ruling huge parts of Europe for some time. 'I am the successor, not of Louis XVI, but of Charlemagne', the young Corsican earned his military stripes. A military coup made him a statesman, and in 1804 he became the first Emperor of the French. After the unsuccessful Russian campaignin 1814, the allied countries exiled the emperor of France to the island of Elba. However, Napoleon escaped and returned to France. Only his defeat at the Battle of Waterloo sealed his fate: Napoleonwas exiled to the remote British island of Saint Helena, where he died on 5 May, 1821.

In commemoration of Napoleon Bonaparte at the 200th anniversary of his death in 2021 a complete set was launched with 24 gold-layered strikes, stunning colour detailing and strictly limited to just 1,769 editions.