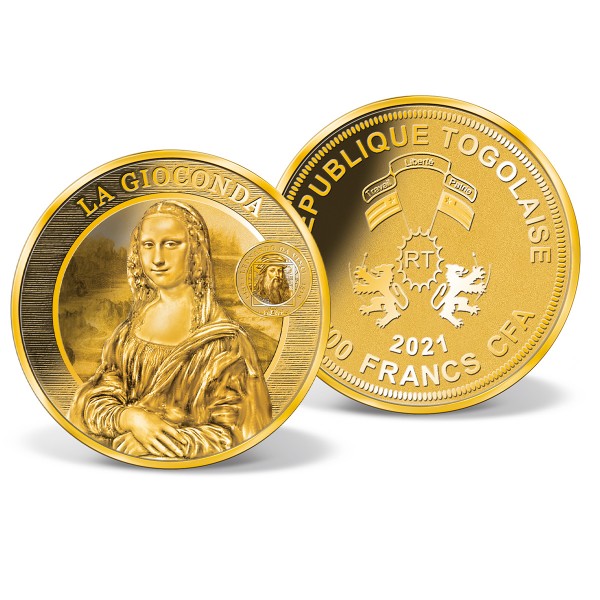 Description Benefits of our Collector Service
Description
Leonardo da Vinci was born on 15th April 1452, near the town of Vinci, in Tuscany. He was the... more
Close menu
'Mona Lisa' 1/200oz Solid Gold Coin

Leonardo da Vinci was born on 15th April 1452, near the town of Vinci, in Tuscany. He was the illegitimate son of a prominent notary of Florence, Ser Piero, and a local peasant woman, Caterina. Theyoung Leonardo showed so much artistic talent, that his father sent him to work as an apprentice for the renowned Florentine painter and sculptor, Andrea del Verrocchio. It was here that he learnt the basics of painting, sculpture, engineering and technical arts. In 1478, Leonardo da Vinci became an independent master and set up his own studio. It is rumoured that Verrocchio vowed to never paintagain after seeing Leonardo's talent! He died on 2nd May 1519, at the Château du Clos Lucé, in France, where he lived as a guest of King Francis I, and legend says he died in the arms of the King.

However, Leonardo was not only an incredible Renaissance artist, he was also an engineer, scientist, inventor, anatomist, botanist, musician, philosopher and polymath. Leonardo da Vinci is regarded as the most universal genius of all time.