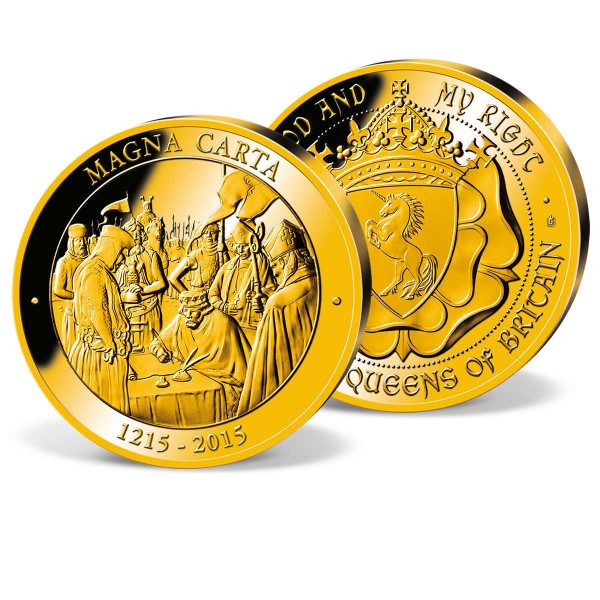 An extraordinary strike, celebrating the 800th anniversary of the British Magna Carta - the foundation of modern law!

On 15 June 1215, King John - nicknamed 'John Lackland' - signed the Magna Carta. It was a charter between the English nobility and the king. King John was forced to sign the charter because he feared for the security of his throne after a series of politicalfailures had aroused discontent among the nobility. Most significantly, the charter required the king to seek baronial consent to raise taxes. Furthermore, free citizens could no longer be held by royal officials without reasons for their arrest being verified. In addition, the nobles defined inalienable privileges for themselves that could not be reversed by either the King or the Pope. From that point on, English kings no longer ruled by 'Divine Right', and were forced to come to an arrangement with the English nobility and people.

The Magna Carta became the basis of European lawand democracy.