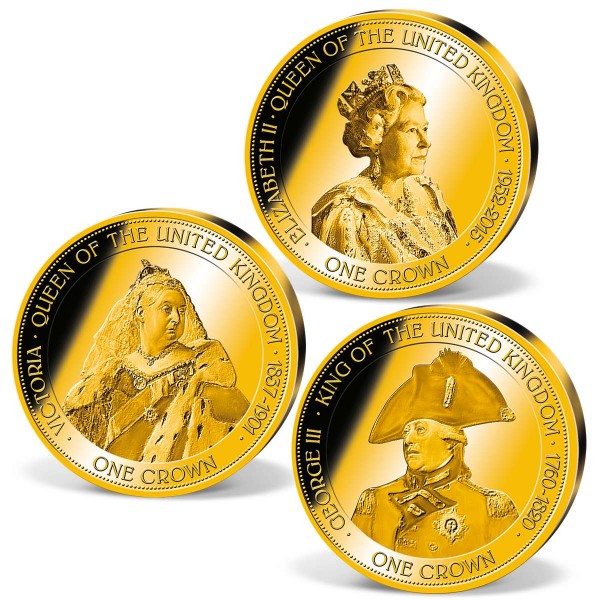 Description
Description
In over 1,000 years of British history, there are only three monarchs, who have reigned for... more
Close menu
'Longest Reigning Monarchs' Commemorative Coin Set

In over 1,000 years of British history, there are only three monarchs, who have reigned for around sixty years or more: King George III, Queen Victoria and Queen Elizabeth II. In 2015, Queen Elizabeth II broke the record set by her great-great grandmother Queen Victoria! Proclaimed Queen at the age of 25 on the 6th of February 1952, Queen Elizabeth II has overseen 12 British Prime Ministers, two more than served under Queen Victoria. In June 2012, United Kingdom celebrated Her Majesty's 60th anniversary on the throne, with 4 days of Diamond Jubilee celebrations across Great Britain and the Commonwealth.

On the 9th of September 2015, Queen Elizabeth II reached a royal milestone, overtaking all her predecessors - as on that day her reign lasted 63 years and 218 days, surpassing the reign of her great-great grandmother Queen Victoria.