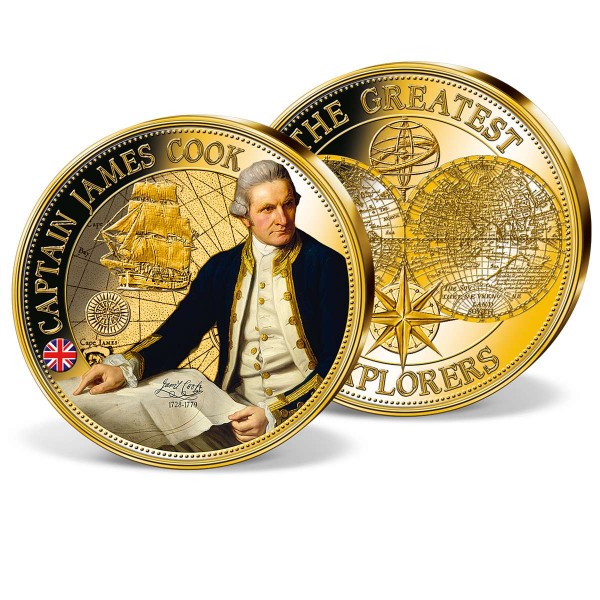 1768, James Cook, one of the greatest British explorers of all time, set sail on the HMS Endeavour on an epic voyage of discovery. In 1768, the Royal Society selected Cook to command a voyage to Tahiti to observe the Transit of Venus, and to secretly search for the great southern continent. He was given the HMS Endeavour for the voyage, which he praised saying 'a better ship for such serviceI never could wish for'. Those on board included astronomer Charles Green and botanist Joseph Banks. After reaching Tahiti in June 1769, Cook then charted the coastline of New Zealand and sailedAustralia's eastern coast, landing at Botany Bay in April 1770 and naming it New South Wales.

Now, more than 250 years later, James Cook has been honoured with a stunning commemorativestrike, preciously layered with 24-carat gold and finished with rare colouring.