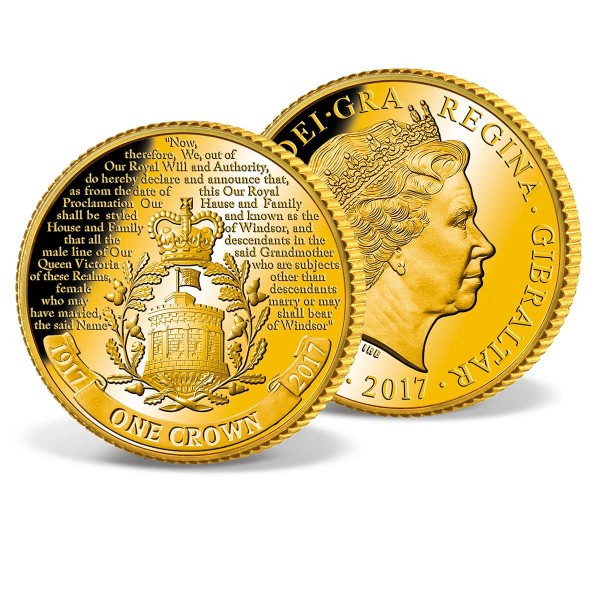 In 2017, the House of Windsor celebrated its 100th anniversary - a proud century of successful reign. It was founded in 1917, by royal proclamation, when King George V changed the British Royal Family's official name from Saxe-Coburg Gotha to Windsor, cutting himself off from the network of European relations from whom his family had sprung.

The Royal House of Windsor has reigned over our country since 1917, providing stability in a fast changing environment. Great Britain and the Allies gained victory in the First and the Second World War and the century saw the modernisation ofthe monarchy with many social changes, such as the use of mass communication technologies, making the Royal Family accessible to a broader public all over the world. Queen Elizabeth II, the head of the House of Windsor, is the first British monarch in history to celebrate 65 years on the throne in 2017 and with the birth of the young Prince George in 2013, a direct line of succession has been secured into the third generation.

This significant issue is the first ever official coin featuring the badge of the House of Windsor and the official proclamation of 1917, when the Houseof Windsor was founded now over 100 years ago.