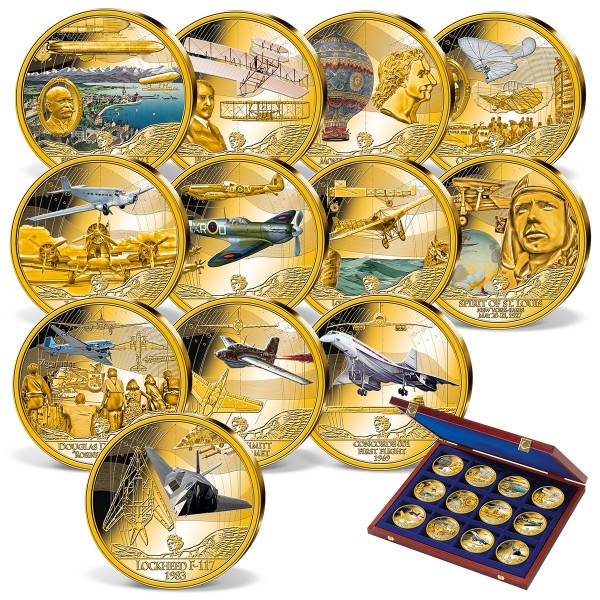 The History of Aviation complete set of 12 commemorative strikes celebrates the most significant events in aviation history. Each strike in this outstanding set has been minted in the highestquality 'PROOF' and is strictly limited to only 9,999 editions worldwide.

When the Montgolfier brothers courageously launched their hot air balloon in 1783, nobody could have known thatthis was the start of an incredible story of human flight. Over 100 years later, Otto Lilienthal, known as the 'flying man', became the first person to make successful glider flights.

There are many highlights in the fascinating history of aviation - including the Wright brothers, who invented and flew the first airplane, and the first solo non-stop flight across the Atlantic by Charles Lindbergh, in the Spirit of St. Louis. Along with more recent milestones such as the legendary Concorde, the first supersonic passenger aircraft.