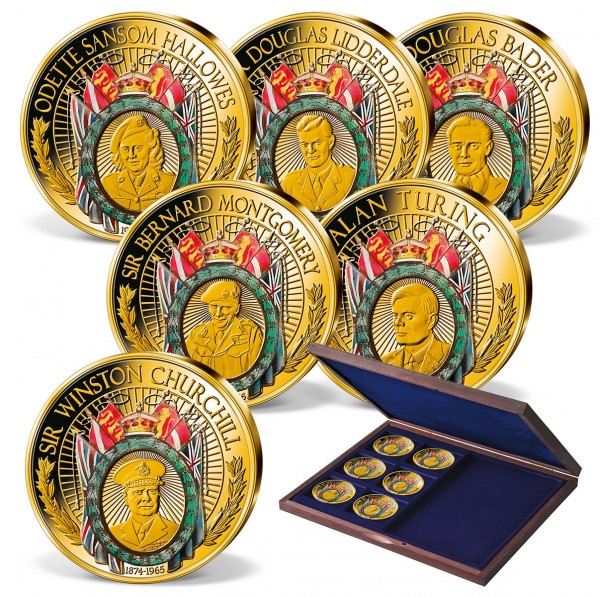 1945: Britain and the Allied countries celebrated the end of WWII in Europe. After six long years, the biggest and deadliest military conflict in history was finally over.

Now a collector's edition has been issued to remember the heroes of WWII. Sir Winston Churchill was considered an undisputed national hero - his outstanding leadership steered Britain through WWII and his rousing speeches inspired the nation. Another important hero was Alan Turing, the groundbreaking mathematician, who broke the German Enigma code and provided the Allied forces with essential intelligence. Alsoincluded in this impressive collection is Sir Bernard Montgomery, one of the most decorated military leaders of WWII, and Douglas Bader, who was one the RAF's most famous flying aces. As well as Major Douglas Lidderdale, whose heroic secret mission captured a German Tiger tank, and Odette Sansom, who was one of Britain's most remarkable spies.

In celebration of the 75th anniversaryof VE Day in Europe, you can now own a sought-after, complete set of commemorative strikes, honouring the outstanding heroes of WWII: