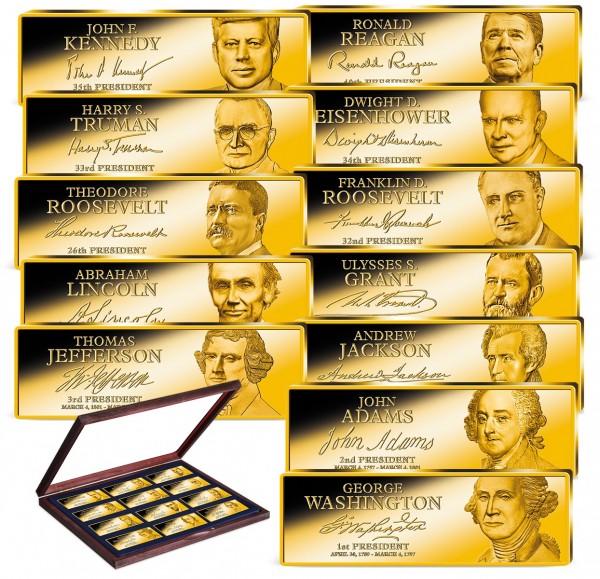 The presidents of the United States have always held a strong fascination for the people all over the world. Some of these men were warriors, leading the nation's military against threats to the American way of life; some were ambassadors, forging alliances with foreign nations; others were builders, creating a powerful economy to secure the United States position as a global superpower.

The 'Greatest American Presidents' golden ingot complete set portrays the most outstanding and remarkable presidents in the history of the United States of America. From the first ever president, George Washington; to the most famous, Abraham Lincoln; to the most popular, John F. Kennedy. This stunning set of golden ingot bars, minted in the highest quality 'proof' and preciously layered with pure 24-carat gold, features detailed portraits of the twelve greatest American presidents and their signatures. This exclusive complete set comes in an elegant wooden display case and is strictly limited to just 9,999 complete collections worldwide.