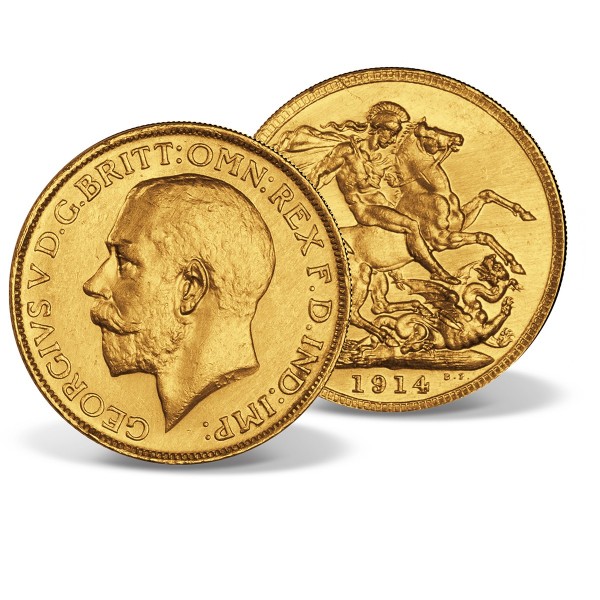 Steeped in tradition, for almost the last two hundred years each of our monarchs have issued gold sovereigns struck in their image. The mythical and enduring reverse design by Benedetto Pistrucci of St. George slaying the dragon has remained relatively unchanged since 1817 and still features on sovereigns minted today, for more than 200 years being one of the country's most iconic coin motifs.

Gold sovereigns minted during the reign of George V (1910 to 1936) are of particular historical significance. In 1917 George V proclaimed the House of Windsor - which makes this Sovereign the first of the House of Windsor. With the outbreak of WWI in 1914, the government, requiring bullion to fund the war, issued banknotes as a replacement and urged the public to trade in their gold coins for notes! Today these gold coins are sought-after rarities.

This George V sovereign is minted in finest 22 carat gold and is a genuine historic gold sovereign from the previous century.