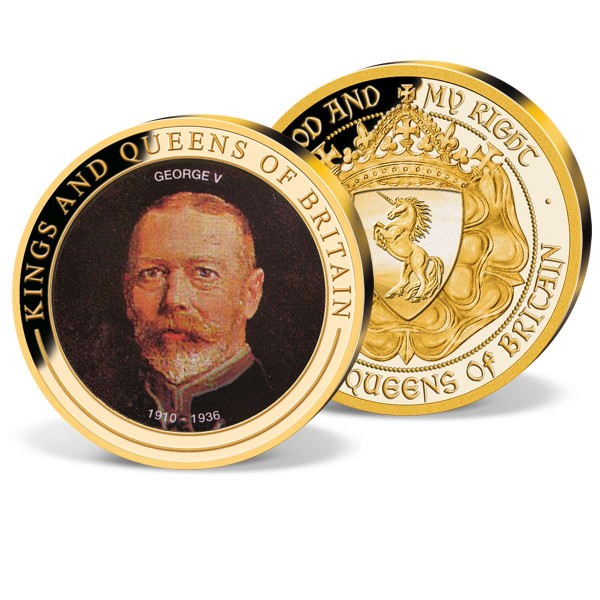 George Frederick Ernest Albert Gwas born on 3 June 1865 in Marlborough House in London as second son of King Edward VII and grandson of Queen Victoria. He was third in the line of succession behind his father and his elder brother, Prince Albert Victor, who died in 1892, leaving George second in line to the throne, and likely to succeed after his father.

Right after the dead ofKing Edward VII on 6 May 1910, George became king of the United Kingdom, the British Dominions and Emperor of India. In 1917, George became the first monarch of the House of Windsor, whichhe renamed from the House of Saxe-Coburg and Gotha as a result of anti-German public sentiment. His reign saw the rise of socialism, communism, fascism, Irish republicanism, and the Indian independence movement, all of which radically changed the political landscape. George died in the night of the 20 January 1936 and was succeeded by his eldest son, Edward VIII.