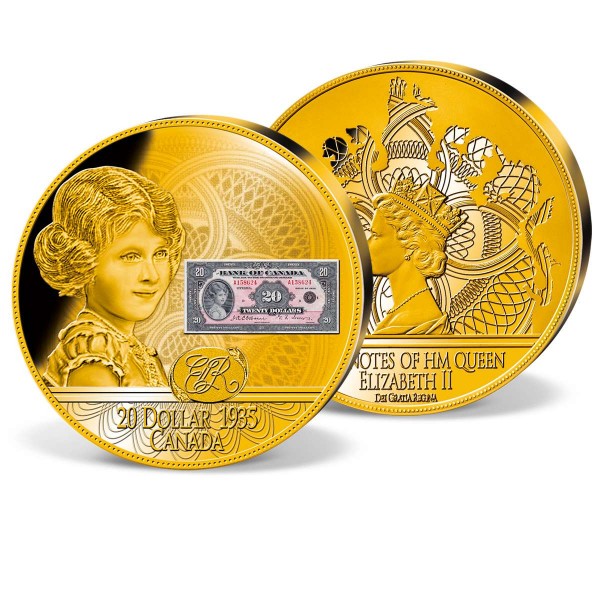 Queen Elizabeth II features on many banknotes all over the world and many of them are highly sought-after collector's items, almost impossible to acquire for private collections.

Honouring Her Majesty's 90th birthday in 2016, a significant commemorative strike has now been issued; depicting the first official banknote of the Bank of Canada with the beautiful portrait of a youngElizabeth, just eight years of age, one year before her father unexpectedly succeeded his brother to the throne.

Nobody knew at the time, that Elizabeth would become the longest ever reigning monarch in British history, and this official banknote, issued in 1935, just after the launch of the Bank of Canada, has become a sought-after rare collectable. Now this coveted banknote has been immortalised on a stunning new strike, issued in highest minting quality 'proof' and layered with pure 24-carat gold. Limited to just 9,999 complete editions worldwide, it is part of a numismatic documentation of Her Majesty's life and the British Empire.