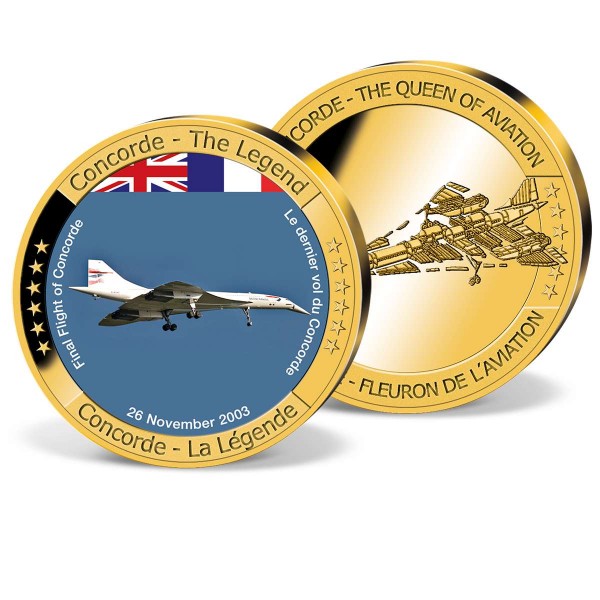 On 11 April 2003, British Airways and Air France announced the very last flight of Concorde after 34 years of supersonic travel and 25 years of passenger service. On the 26th of November 2003, Concorde 216 touched down at Filton, returning to her home where she had been launched thirty years earlier.

We are still just as passionate about Concorde as we were over 50 years ago, when she first took the skies in 1969. A true design icon, Concorde's sleek triangular wings enabled her to fly at exceptionally high speed - of up to almost 1,554 mph, faster than twice the speed of sound. A marvel of technical innovation and the pride of two entire nations she was recently voted Britains most respected design icon of he 20th Century.

A unique gold-plated tribute marking the end of an era in supersonic travel. This newly released commemorative strike celebrating Concorde's last ever flight is minted in highest quality 'proof' and is onlyavailable exclusively from Windsor Mint.