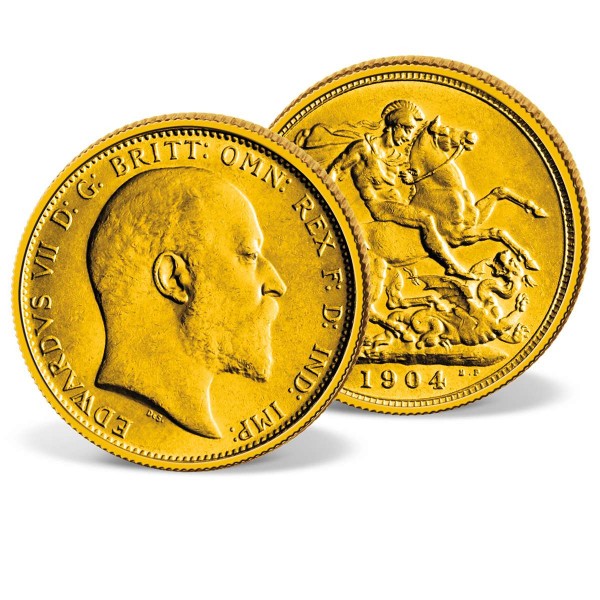 Gold Sovereigns are one of the most famous and popular coins in the world and a lasting and enduring piece of history.

This original 22-carat gold sovereign was minted during the reign of Edward VII between 1902 and 1910, and is considered highly sought after amongst collectors. As the eldest son of Queen Victoria, Edward VII was actually one of the longest incumbent direct heirs to the throne in our history, and the second oldest man to become a British king (after William IV). His time as king however, was contrastingly very brief - a mere nine years, hence sovereignsminted during his reign are very limited in availability.

Steeped in tradition for almost the last two hundred years each of our monarchs have issued gold sovereigns struck in their image.Whilst the face value of a Sovereign is £1, the value of its material is many times more. The mythical and enduring reverse design of St. George slaying the dragon by Benedetto Pistrucci has remained relatively unchanged since 1817 and still features on sovereigns minted today!