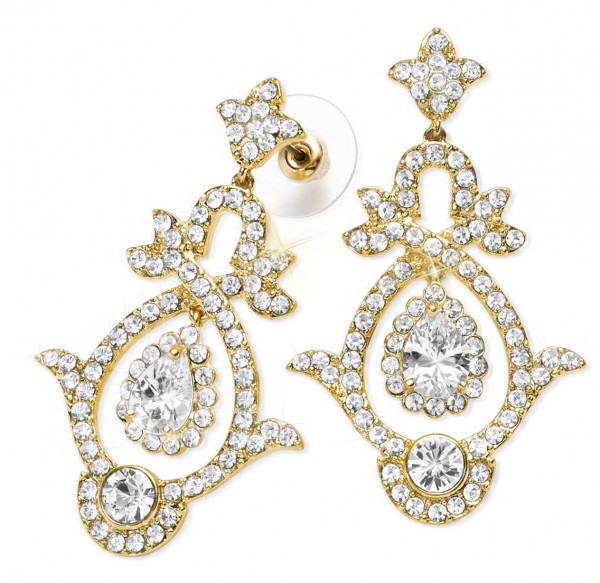 Princess Diana's story began like a fairytale: on the 29th of July 1981 the young kindergarten teacher married the heir apparent of the British throne, Prince Charles. Millions of people watched the royal wedding live on TV and hundreds of thousands lined the streets of London. Princess Diana was simply beautiful in her fairytale wedding dress and breathtaking jewellery. The stunning earrings Diana wore to the wedding of the century were a loan from her mother, symbolising 'something borrowed' according to British wedding traditions.

Diana's tragic death at the age of 36, on the31st of August 1997, in a car accident in Paris, was met with shock and grief worldwide. The world mourned the loss of a truly inspirational lady who touched the lives of so many people. PrincessDiana lives on in our hearts: her beauty, elegance, and unwavering warmth and compassion, have made her a modern icon. In 2016, she was unanimously voted the most iconic woman of all time.

Diana captured our hearts as England's Rose, and now you can secure a touch of her elegance and style with the beautiful 'Lady Diana' earrings, modelled after her priceless wedding jewellery, in a brilliant teardrop cut design, at a fairytale price.