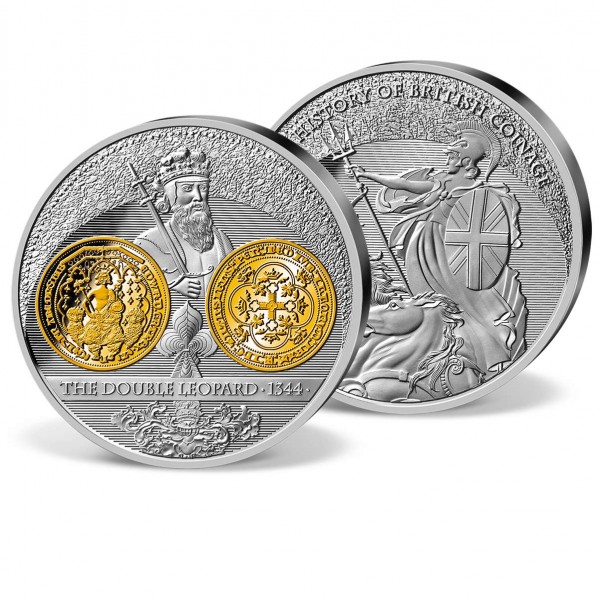 Originally struck more than half a century ago in 1344, the Edward III Gold Double Florin or 'Double Leopard' was at the time the first large gold coin to be issued in Britain since Anglo Saxon times. The gold Florin or Double Leopard, was only issued between January and July 1344, it was an attempt by king Edward III to produce a gold coin suitable for use in Europe as well as in England. Unfortunately the coins were underweight for their value, and were quickly withdrawn. The coin's name comes from its beautifully ornate reverse design depicting the monarch seated on a Gothic throne, flanked by two heraldic leopards.

Until recently only two examples of this coin were known to exist and they were housed at the British Museum. However in 2006 a third example of the coin was discovered by a metal detectorist. When the coin was sold at auction it set a new world record for a British coin achieving at staggering £460,000. It is one of the rarest English coins, onlythese 3 coins are known to exist, two are owned by the British Museum.