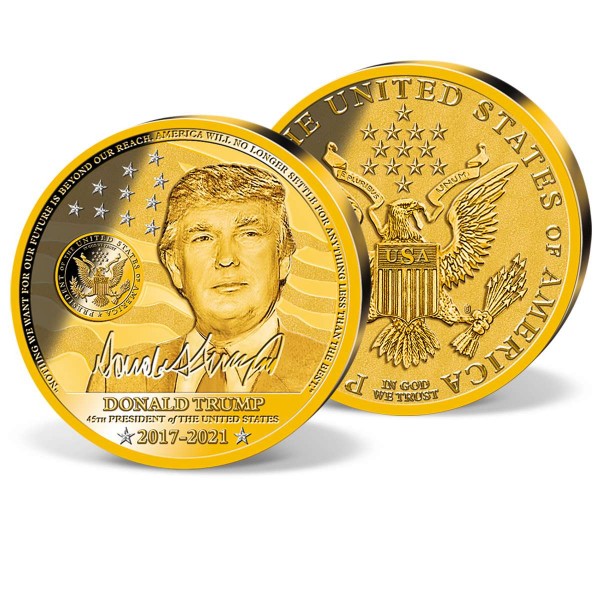 This product is currently not available.
Please inform me as soon as the product is available again.
Amount due: £139.95

Traditionally the presidential election date is always on the first Tuesday in November - this time it was held on the 8th of November 2016, and on that historic day, the highest post of the UnitedStates was awarded to the candidate from the Republican Party - the billionaire businessman Donald John Trump!

He won the head-to-head race against the candidate for the Democratic Party,Hillary Clinton. Now the whole world is waitching how the property and entertainment tycoon, Donald Trump, influences the future of his country and that of the whole world.

The 'Donald Trump' giant strike, 100 mm in diameter, layered in finest gold and hand-set with genuine SWAROVSKI® ELEMENTS, honours the presidential choice of the American people, and impresses with supersize specifications!