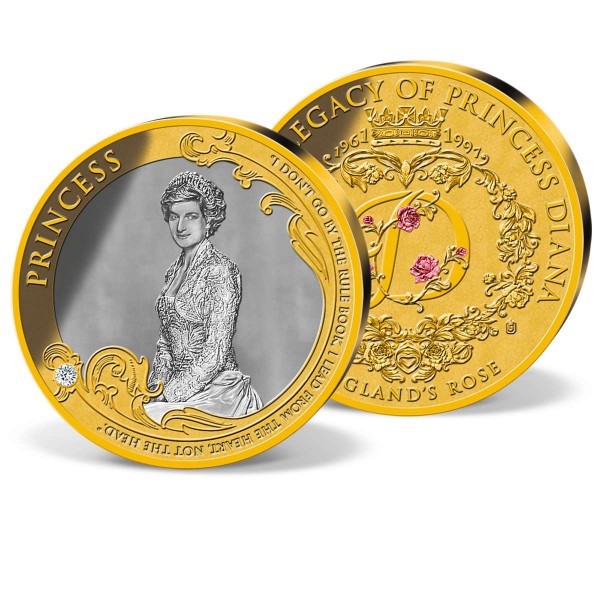 Her story began like a fairytale - from kindergarten assistant to princess!

On July 29, 1981, the whole world celebrated the dream wedding between the heir to the throne, Prince Charles and his beautiful bride, Diana. Beautiful, elegant, charismatic and compassionate Diana embodied all the qualities we most cherish in a princess. 20 years have now passed since that fatefulday in August 1997 when Diana, Princess of Wales died tragically and prematurely. She was one of the most adored women in the world and millions the world over joined us in mourning her passing - shewill be immortalised in our hearts forever as 'England's Rose'.

This gold-plated commemorative is minted in honour of Diana The Princess of Wales.