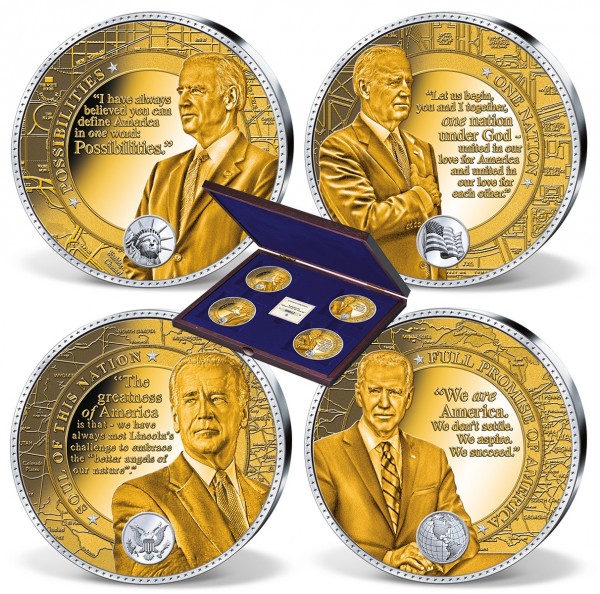 The 'Trump era' is over: Joe Biden, the former Vice-President of President Barack Obama, won the election as the 46th President of the USA last November!

Joseph 'Joe' R. Biden ran asthe Democratic candidate in the 2020 presidential election against incumbent Donald Trump. In the election campaign, Biden promised the Americans a return to normalcy and calm governance, decency andAmerican values. His motto 'Unite America' ??convinced the US citizens. This also applied to his stance on the corona pandemic: Biden benefited from his reputation as an experienced and level-headedleader - in contrast to Donald Trump, who received devastating reviews for his chaotic and contradicting crisis management. Joe Biden can look back on a long career as a politician: as a former Delaware Senator and former Vice President from 2009 to 2017, he appears well prepared for the position of one of the most powerful men in the world.

In November 2020, the Democrat was elected tothe office by a large majority. The official inauguration of the 46th President of the USA on January 20, 2021 will be duly celebrated with the gigantic world novelty 'Joseph R. Biden - Soul of the Nation'.