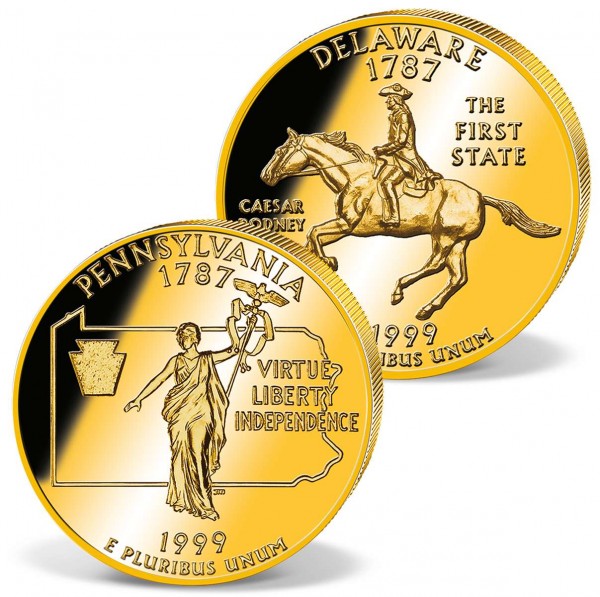 This product is currently not available.
Please inform me as soon as the product is available again.
Amount due: £19.90

Description
Description
For the first time in the history of the US mint, each state and territory was allowed to... more
Close menu
'Delaware' and 'Pennsylvania' National Park Quarter Dollars

For the first time in the history of the US mint, each state and territory was allowed to determine for itself what images best represented its history.

The Delaware quarter started the much anticipated US Mint's 50 State Quarters Program on the 1st January 1999, as it was the first State to join the Union on the 7th December 1787. The reverse celebrates Caears Rodney'shistoric horseback ride in 1776.

The 2nd quarter in the series, Pennsylvania, depicts the 'commonwealth' statue, the outline of the state, the state motto and keystone. Its design is intended to educate people about the state, founded 5 days after Delaware on 12th December.

Today you can get the famous first two original State Quarters - layered in 24 carat gold - for the price of one.