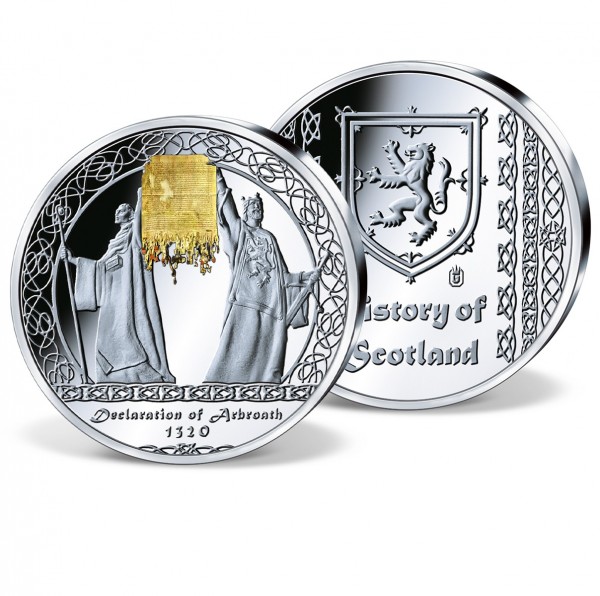 Description
Description
On 6th April 1320, the most famous document in Scottish history was drafted: the Declaration of... more
Close menu
'Declaration of Arbroath' Commemorative Strike

On 6th April 1320, the most famous document in Scottish history was drafted: the Declaration of Arbroath.

Sent to Pope John XXII on behalf of the nobles and barons of Scotland, the letter asked him to recognise Scotland's independence and acknowledge Robert the Bruce as the country's lawful king. The Declaration of Arbroath is considered to be the founding document of the Scottish nation. A brilliantly eloquent expression of nationhood - the American Declaration of Independence written 456 years later, was partially based on it. In 2020 Scotland celebrates the 700th anniversary of the signing of this important historical document.

The 'Declaration of Arbroath' commemorative strike marks the 700th anniversary of one of Scotland's most famous icons, setting out the long history of Scotland as an independent state. This strike is a special rarity, preciously layered with pure silver and strictly limited in mintage.