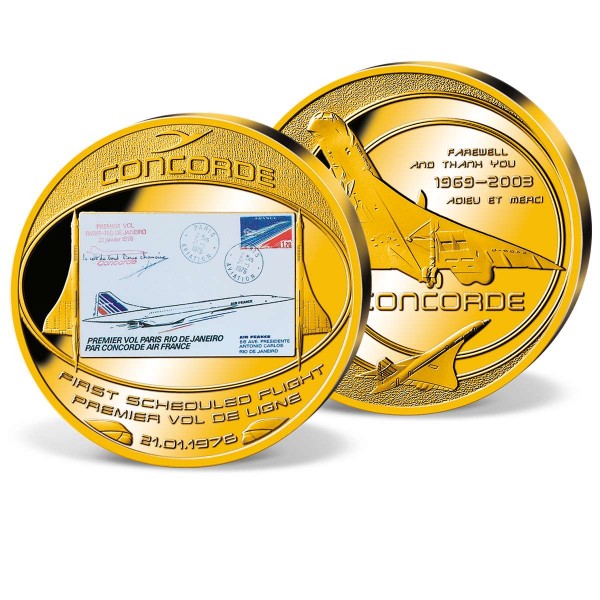 Description
Description
It hardly seems possible, but it is now far over 40 years ago that a new era of aviation began,... more
Close menu
'Concorde - the first mission' Supersize Commemorative Strike

It hardly seems possible, but it is now far over 40 years ago that a new era of aviation began, as Concorde took off to her first scheduled flight on 21st of January 1976.

27 years of commercial service, the 'Queen of the Skies' gracefully retired on the 26th November 2003. The last flight took Concorde from her working home of London Heathrow, via the Bay of Biscay atspeeds of Mach 2, to her place of birth - the Airbus facility at Filton Airfield near Bristol. From the moment she first flew, Concorde became an immediate icon, she is still, even today, regarded as a marvel of technical innovation, and remains the pride of two entire nations.

Make sure you don't miss out on this supersize commemorative strike - as a celebration of the anniversary of a national icon.