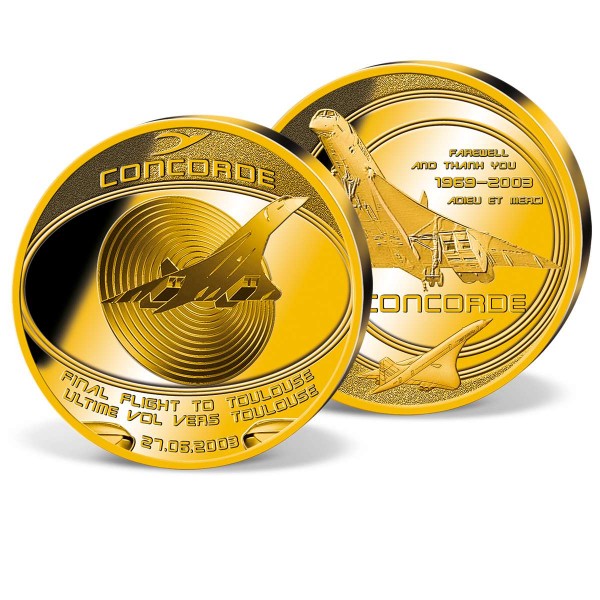 On the 24th of June, 2003 Air France's Concorde F-BVFC, known as 'Fox-Charlie' took to the skies for the last time, departing from Paris Charles de Gaulle and returning to its place of construction at Toulouse. The aircraft departed from Paris at around 11:30 and flew out over the Atlantic Ocean for a final supersonic sprint, before heading overland subsonically to the former Aerospatialefactory at Toulouse. Fox- Charlie flew for a total of 14,322 hours and 4,358 flights.

Minted in 2013 to mark the 10th anniversary of Concorde's final flight, the sheer size of thisgold-plated 70 mm commemorative strike, means that you can truly appreciate the fine engraving and detailing of Concorde taking to the air for the last time.