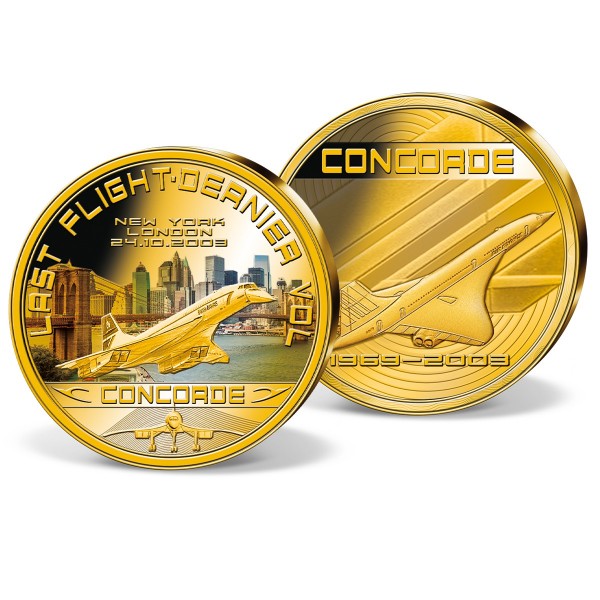 Description
Description
It has now been 50 years since the maiden flight of one of the most beautiful aircraft ever... more
Close menu
'Concorde - Final BA Flight' Commemmorative Strike

It has now been 50 years since the maiden flight of one of the most beautiful aircraft ever built - Concorde, a true legend of aviation.

On 2 March 1969, chief test pilot AndreTurcat flew the Concorde prototype 001 on its historic first flight from Toulouse, France. Seven months later, on 1 October 1969, the British-French Concorde achieved its first ever supersonic flight. Concorde made its final commercial flight on 24 October 2003, flying 100 passengers at twice the speed of sound, from New York's JFK International Airport to London Heathrow. A largecrowd gathered at Heathrow to watch the final landing, as the supersonic jet was retired from service.

Now, a sensational commemorative strike has been issued in honour of the 'Queen of theSkies' - to celebrate Concorde's last flight.