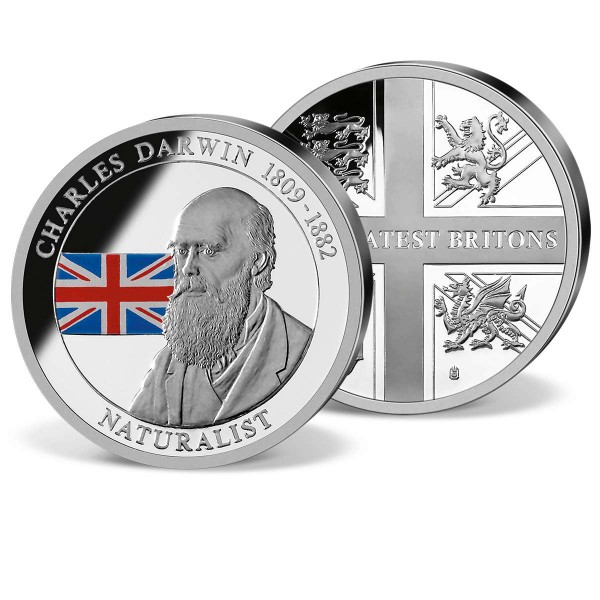 Charles Darwin (12 February 1809 - 19 April 1882) was an English naturalist, who realised and demonstrated that all species of life have evolved over time from common ancestors through the process of natural selection. Because of his work in evolutionary theory Darwin is regarded as one of history's most influential scientific thinkers, and one of the greatest Britons of all time.

Darwin dared to go against the prevailing opinion of the mid 19th century by publishing his theory that the modifications that gave rise to the various species, including humans, have their origins in nature and not in the work of God. The idea that men and apes were closely related met with particularly stiff opposition from the clergy. Another of Darwin's theories - that humankind emerged in Africa - was proved correct a great many years later.

This impressive commemorative strike depicting Charles Darwin with a colour union jack and plated in silver would make a fine addition to any collection. Celebrating the 200th anniversary of the birth of Charles Darwin, the release of this coin also coincides with the 150th anniversary of his famous work 'On the Origin of the Species' published in 1859.