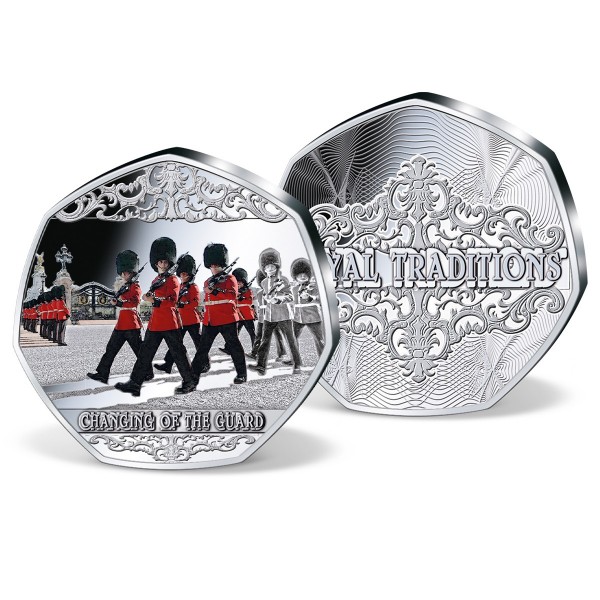 Description
Description
Guarding the King or Queen has been a tradition for elite soldiers since the reign of Henry VII,... more
Close menu
'Changing the Guard' Commemorative Strike

Guarding the King or Queen has been a tradition for elite soldiers since the reign of Henry VII, who created the Royal Body Guards in 1485, after the battle of Bosworth.

Today, theGuards are one of the oldest units of the British Army and have fought with great distinction on nearly every major conflict. Until 1689, the Changing of the Guard ceremony was held at the Sovereign'sofficial London residence, the Palace of Whitehall. When the Court moved to St James's Palace the ceremony became a daily tradition there. Queen Victoria made Buckingham Palace her residence in1837, but the Queen's Guard remained at St James's Palace, with a small unit guarding Buckingham Palace, as it does today. Nowadays, the main ceremony is conducted at Buckingham Palace, and the number of sentries is increased when the Queen is in residence.

The 'Changing of the Guard' commemorative strike is minted in the highest quality 'PROOF' and is the first in the 'Great Britain's Royal Traditions' collection. Strictly limited to only 999 complete collections worldwide, these beautifully crafted strikes are available exclusively from Windsor Mint.