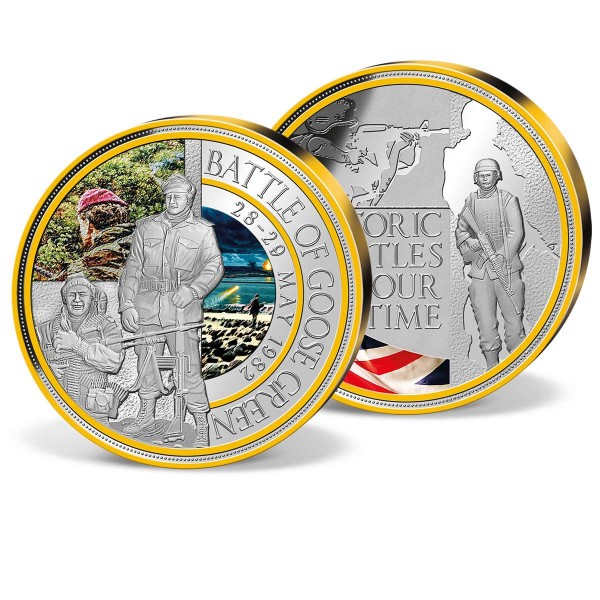 Description Benefits of our Collector Service
Description
2017 marked the 35th anniversary of the Falklands War between Argentina and the United Kingdom.... more
Close menu
'Battle of Goose Green' Commemorative Strike

2017 marked the 35th anniversary of the Falklands War between Argentina and the United Kingdom. It began on Friday, 2. April 1982, when Argentina invaded and occupied the Falkland Islands, South Georgia and the South Sandwich Islands in an attempt to establish sovereignty.

The Battle of Goose Green became a decisive moment - after a tough struggle, that lasted all night and into the next day, British troops won the battle against the sizeable Argentine force and were now able to break out of the San Carlos beachhead. Lieutenant Colonel H. Jones, a commanding officer, was killed during the battle at the head of his battalion, and was posthumously awarded the legendary Victoria Cross. The conflict lasted 74 days and ended with the Argentine surrender on 14 June 1982, returning the islands to British control. In total, 649 Argentine military personnel, 255 British soldiers, and three Falkland Islanders lost their lives during Falklands War.