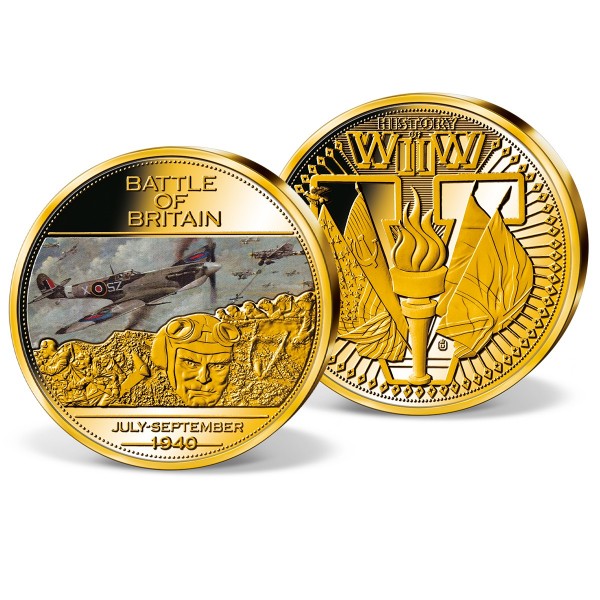 The Battle of Britain was one of the most decisive moments in British history.

The Luftwaffe aimed to weaken Britain's air force and gain air superiority over Western France and the English Channel, so Nazi Germany could invade the United Kingdom by sea. But against a formidable opponent with better planes and an excellent radar system, the German Luftwaffe was not able to break theresistance - the small number of British pilots, supported by European and Commonwealth pilots, fought tirelessly for the freedom of Europe. On 31st October 1940, after more than 3 months ofheavy fighting, the German Luftwaffe was considerably damaged and had to call off their campaign - the planned invasion of Great Britain was cancelled.

This commemorative strike, marking the 80th anniversary of the most decisive battle in British history, has been minted in the highest quality 'Proof' and fully layered with pure 24-carat gold, and is a milestone for any British collection.