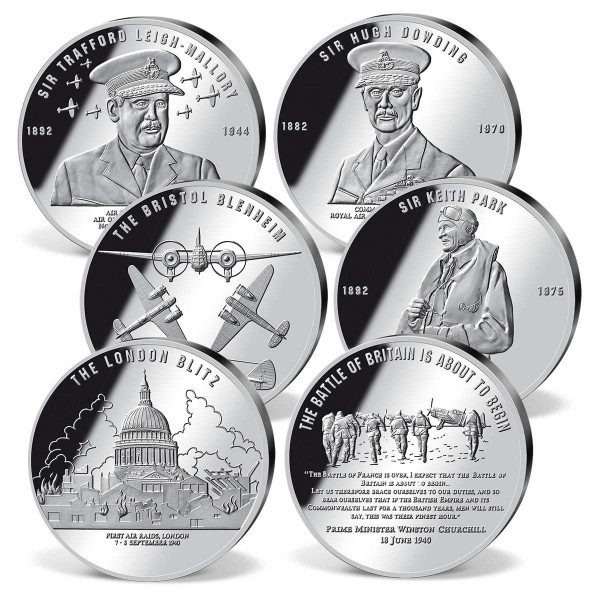 The Battle of Britain was one of the defining moments of recent British history, commencing on July 10th 1940, when the German 'Luftwaffe' attempted to gain control of the Strait of Dover in what they codenamed 'Operation Sealion'. Over the months that followed, 2,353 young men from Great Britain and 574 from overseas answered the challenge to contest the mastery of the air. The skiesover Southern England became their fighting arena in what was to become the most decisive battle of the Second World War and the only battle ever to be fought entirely in the air.

The battle culminated on the 15th of September after a heavy attack on London and RAF Fighter Command claimed victory over the Luftwaffe, reporting big losses for the enemy. Now known as 'Battle of Britain Day', it became the turning point of the Second World War.

This unique moment in history been commemorated forever in a stunning set of strikes. Secure a piece of British history for yourcollection by ordering today this stunning set of strictly limited strikes, preciously layered with pure silver and gold.