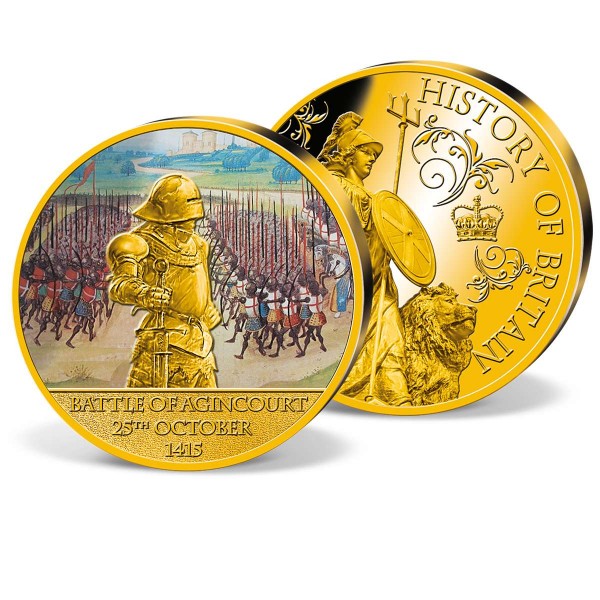 Your exclusive advantages:
Amount due: £49.95

The legendary Battle of Agincourt took place on the morning of the 25th of October in 1415, during the One Hundred Years War, in Arras, in the Northern French département Pas-de-Calais. King Henry V bravely led the English troops against the much larger army of King Charles VI of France.

The vast French army of 24,000 infantry, mostly in armaments, and 1,000 armored knights on horseback stood against just 1,000 English men-at-arms and 6,000 archers. Despite being greatly outnumbered, the English stood their ground, and the Battle of Agincourt ended successfully in one of the greatest military triumphs for the English troops against the French. A key factor for this victory were the English longbows, which had a range of 250 yards, and according to reports a hail of 6,000 arrows went down every ten seconds on the opposing forces. Only a few hours later an estimated 10,000 French and 'just' 400 English had been killed inaction.

The British military historian John Keegan claimed that the Battle of Agincourt was 'the victory of the weak over the strong' of the common man over the knight on horseback, of thedecisive over the pompous', and that it was one of the 'epic events in English history'.